Kevin Bee:  I grew up in a great radio family and had a great time being raised in Morgan City, Louisiana. Since I was about 2, I thought radio was for me, there was nothing better than listening to my dad every morning on the radio.

About:  In 1972 at 13, Bee was on the air in Morgan City, LA.  Other on air jobs included New Orleans, Peoria, IL, Macomb, IL, Berwick, LA, New Iberia LA, Houma, LA, Victoria, TX and Uvalde, TX.  Bee & The Breakfast Club began 39 years ago in Houma Louisiana at KCIL 107.5 FM and has been on the air multiple states over the years.

The Difference:  What sets us apart is Bee & The Breakfast Club says what everyone thinks but are afraid to say.  We make you think and laugh.

Our listeners:  Our listeners are the smartest, prettiest, and get our brand of satire and commentary. 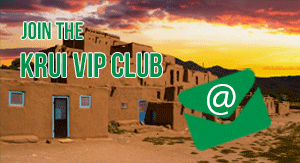